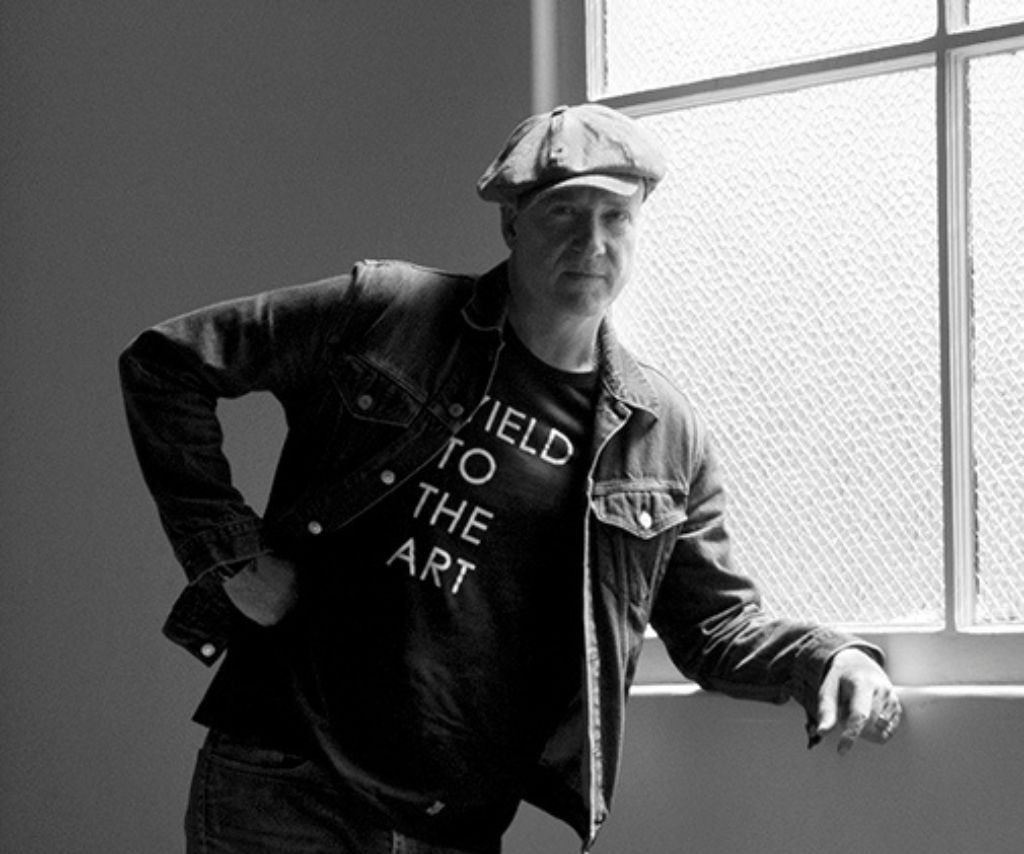 Meet Jim from South Georgia and brings his show Booger Red to this year’s Festival. In our latest, we will learn more about his root and childhood and what to expect from this inspiring production.

Briefly introduce yourself/your company…
Solo performer and playwright Jim Loucks grew up in South Georgia as the son of a Hellfire and Brimstone Southern Baptist preacher, also known as a Preacher’s Kid or PK. After earning his MFA in Acting at the University of Georgia, Jim moved to Los Angeles where he has appeared in several plays and independent films. He has performed his solo shows Cemetery Golf, The Biscuiteater and Booger Red at theatres and festivals around the US and Canada, winning awards for “Best Solo Show” at Tucson Fringe for The Biscuiteater and at Houston Fringe for Booger Red. Booger Red was developed as part of an Artist Residency with Mahr Park Arboretum and the City of Madisonville, KY and premiered at their Bacon, Blues and Big Stories Festival. Jim currently resides in Venice, CA with his wife, producer/artist Deb and his yellow lab Joe.

What is it that makes your work/company unique
Growing up in South Georgia, the son of a hellfire and brimstone Southern Baptist preacher, I was blessed to witness some of the best performances anyone has laid eyes on. Not only my father’s mercurial, jumpin’-up-on-the- front-pew-and-wavin’-his-Bible style, but also the laid-back Appalachian nasality of Alton Mash, and the earnest, pleading sermons of Rastus Salters. I mean even their names were enough to get your attention. And yes, they were slicked back on top and sometimes decked out in plaid suits and two-toned shoes. And yes, they scared me, and probably damaged me for life, but I got something from them. Not religion, but the feeling that comes with expressing yourself and sharing in front of an audience.

On the flipside of this was the old-school yarn spinning of my three uncles: Alex Jr., Thomas, and Jack. Flipside because they would sometimes “talk ugly”, when there were no women or preachers around. I remember sitting wide-eyed in the middle of the living room and being riveted by their tales of growing up poor, fighting, shooting marbles, hauling block ice, and getting their tails switched by my grandma, whom they all claimed had the best right arm in Mitchell County, GA. These were rough men that expressed sensitivity and humor through their storytelling. My goal is to be like that.My intention as an artist is to meld these types of performing and storytelling and bring good ol’ Southern tales to the theatre.

What kind of experience do you hope audiences will have during your show?
As part of the Artist Residency in Madisonville, Jim and Director Lisa Chess worked with local storytellers, helping them to find their own voices and eventually to perform (for the first time for many!) their own stories in front of an audience at the Bacon, Blues and Big Stories Festival. “Booger Red” was partially inspired by this experience, reminding Jim of his own journey, and hopefully it will inspire audiences to follow their individual paths, find their own voices.

What do you think is the best thing about the Fringe?
Jim and Deb love producing the show in a Fringe festival atmosphere and have been taking their “family business” on the road to Fringes in the US and Canada for many years (with just a little break for a recent pandemic). Fringes are a great opportunity to connect with other performers, see their work and build an artistic community. Thrilled to be back out there, getting inspired by the amazing creativity that all the different artists bring from their diverse experiences around the world.

Tickets for Booger Red are on sale now, taking place at Carousel Theatre from 8 – 18 Sep. Book your spot today for just $15 per person!