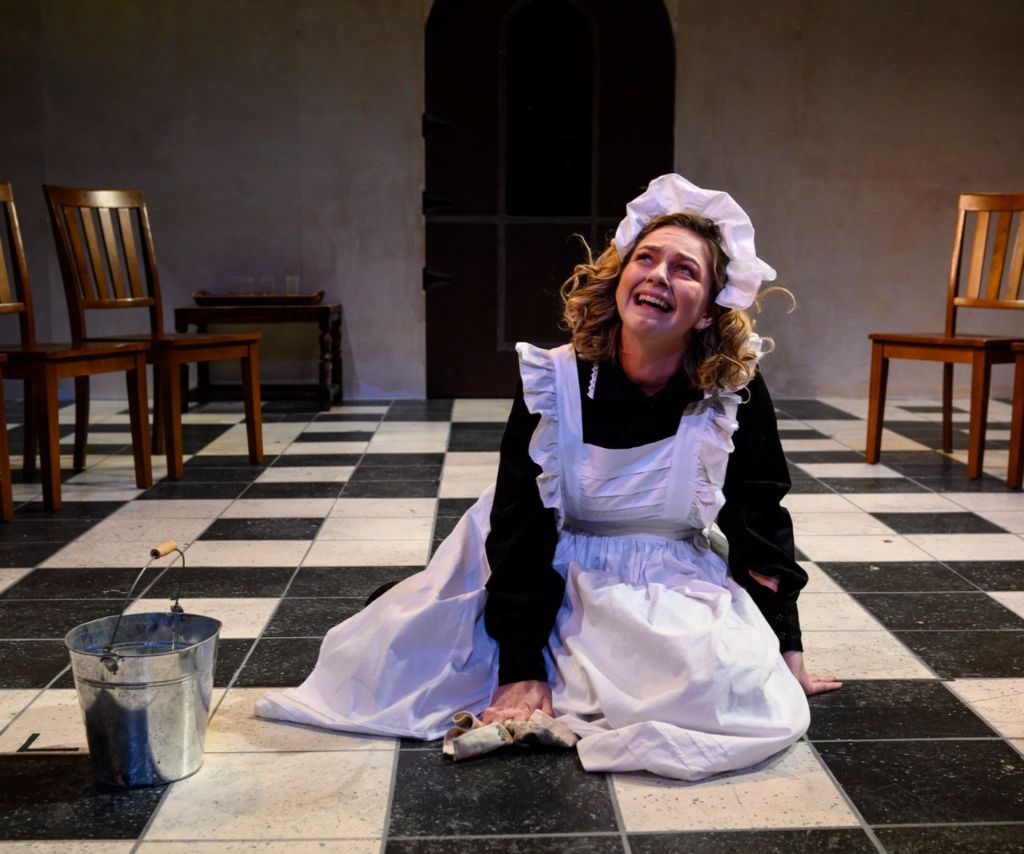 Meet the writer and director Amanda from Significant Contacts. In our latest blog, we will find out all about this brand-new production.

Briefly introduce yourself/your company…
Amanda Stamm and Alexandra Rigby
Having met at a 2.5 year intensive acting program at Atlantic Acting School we first collaborated as fellow students have since worked together in multiple capacities including producing, directing, sound design and writing for the past five years collaborating on multiple projects through different platforms and artistic mediums including theatrical productions, streamed performances, radio plays, and podcasts as writers, editors, producers and actors. Most notable this included being Managing Director and Artistic Director of Bluebird Theatre Company, a not for profit NYC based but internationally recognised theater company.

Some of Bluebirds works include The Secret In The Wings by Mary Zimmerman at Access Theatre in NYC, A staged reading of a brand new play A Little Less Than Kind a genderbent adaptation of Hamlet by Gracie Rittenberg directed by Jessica Wu which is set to have its NYC premier in 2023. This November Bluebird is set to produce its first in person one Acts Festival in New York City after producing multiple streamed one act festivals throughout the pandemic along with acting and producing She Kills Monsters: Virtual Realms directed by the esteemed NYC director Raelle Myrick-Hodges. As well as being finalists in the Sydney short and sweet festival with an original short play ‘ Friendship’ by Bar SIlberstein.

What is it that makes your work/company unique
Bluebid Theatre Company is a New York based but internationally run theatre company that was born out of the Atlantic Acting School Full Time Conservatory. Trained in Practical Aesthetics the company is named afted the Bluebird to embody it’s hopeful, unencumbered spirit because we believe that, even in the darkest of stories, we are all capable of finding hope. Over the past two years the Company has performed both virtually and in person with actors in Australia, Israel, Portugal, Italy and America and found that our company was a brilliant haven for our members over the last two years to stay creative and artistic.

As a duo we have produced largely feminist driven pieces. We love to focus on the seemingly forbidden emotions of humanity- we’re always attempting to tap into a place of understanding and compassion. Amanda and Alexandra tend to dive head first into any project and find strength in our capability to tackle new skills and learn in-process. This is true for us in all aspects of collaboration and as artists, we are invested in representing the purposely muted female experience.

What kind of experience do you hope audiences will have during your show?
We hope they enjoy the intimacy of this work. It all takes place in one room in real time so we hope they feel as if they are right there with our characters. As Diana and Larkin go through this experience we hope they are taken on the emotional rollercoaster of their journey.

Without spoilers, tell us what you think audiences will remember most about your show?
Everyday it feels as if we’re on the verge of tethering off into a post-apocalyptic world, but we’re already here. “Nothing makes me more nervous than people who say, ‘It can’t happen here.’ Anything can happen anywhere, given the right circumstances.” -Margaret At wood.

I think the audience will remember how eerily close to this supposedly ‘ not so distant future’ we are and that there really is a question of the human race and its survival. It begs the question is merely surviving more important that living, and who dictates what is best for society as a whole? is there really a ‘ greater good.’

What do you think is the best thing about the Fringe?
This is our first fringe show! But what we’re most excited for is the community around Fringe. There is a real joy for new work and new artists. To feel the atmosphere of possibility and like minded artistry is something we’re super excited about. Basically we can’t wait to meet everyone and see shows and get inspired by the joy of theatre.

What is the most important thing you hope audiences will take away from your show?
We hope that the audience will be reminded of the dangers we are facing as a society, which we all already know but sometimes like to ignore for our own sanity but that is a dangerous move to make and we hope they will be invigorated to fight for a better future, in whatever way they can.

Tickets for Significant Contacts are on sale now, taking place at The Nest from 8 – 18 Sep. Book your spot today for just $15 per person!